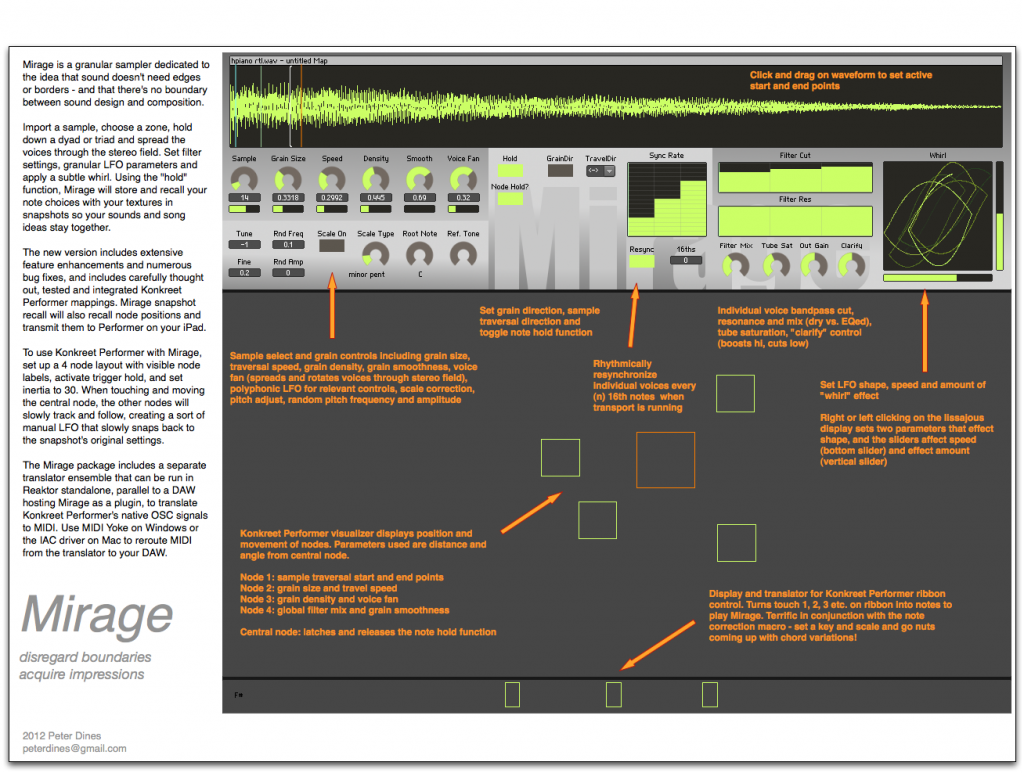 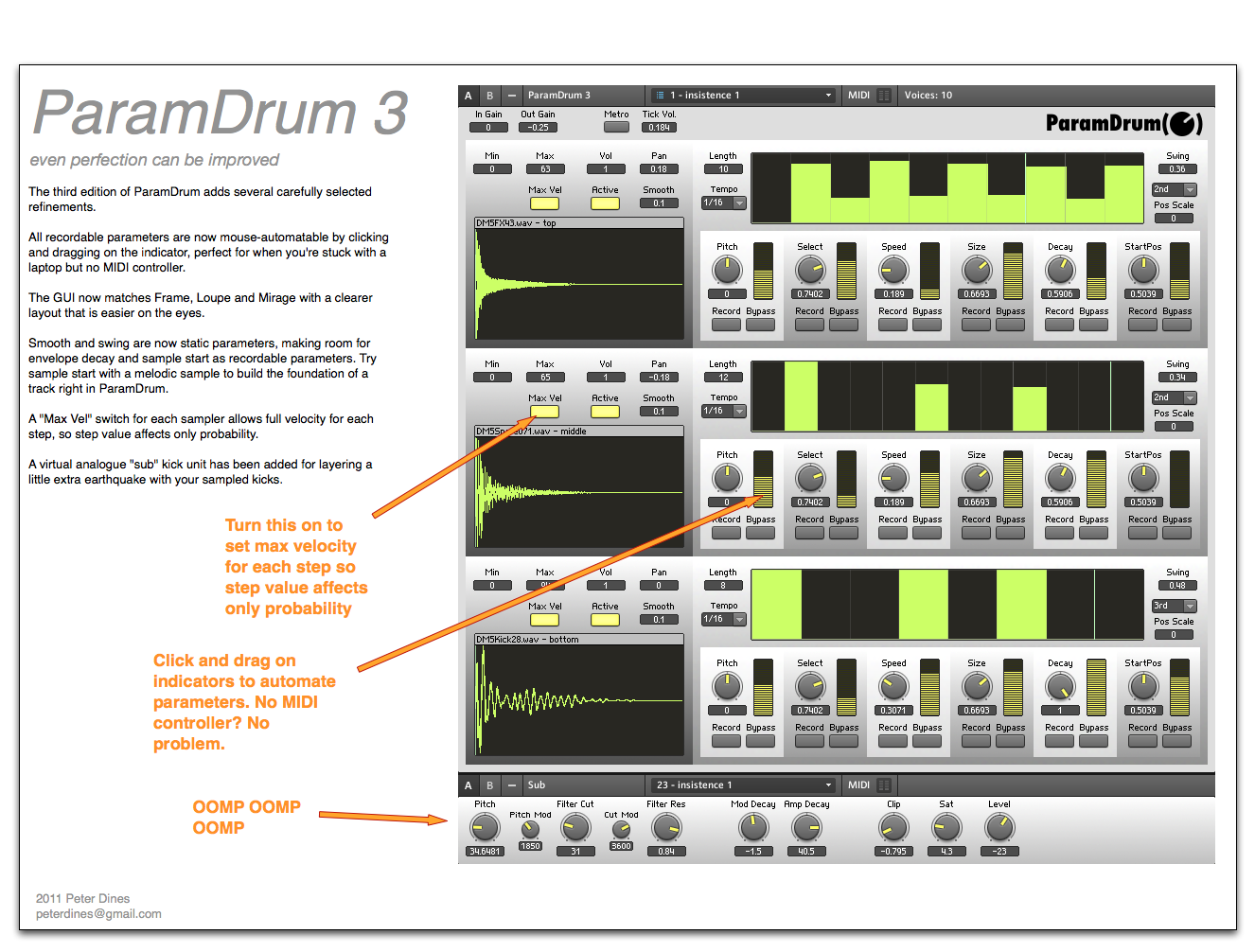 ParamDrum is a fun and fast way to create unique sounding beats in Reaktor. It’s based on three granular samplers with built in parameter automation and variable length and speed step sequencers. The value of a step gives the probability that the step will trigger as the sequence plays, creating endless variations.

Aside from these improvements the rest of the instrument will be familiar to previous users and retains the ultra fast and fun workflow of earlier editions. The PDF manual still applies, and new users are also advised to watch this video to get an overview of the instrument:

(the video features an older version)

ParamDrum 3 is a free upgrade for anyone who’s already purchased a license and can be downloaded here.

If you don’t already have ParamDrum, what are you waiting for? It’s 15 bucks and you can get a license here:

Requirements: A computer capable of running Reaktor 5.5. ParamDrum is extremely CPU efficient and unless your computer was hewn from flint by neanderthals you should be more than fine. It takes 2.7% CPU on my 2009 3gHz iMac.

I’ve posted a poll on the right – what kind of samples and presets would you like for this device? If the choices in the poll don’t cover it all, recommend something else in the comments.