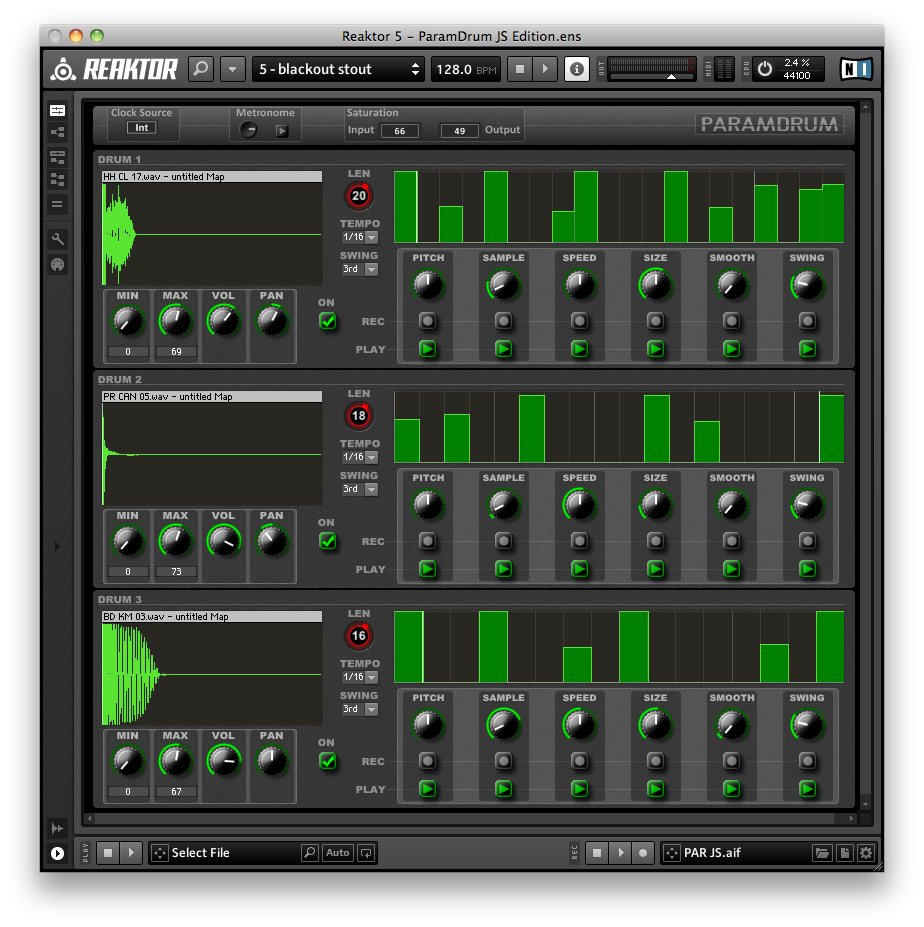 The aptly named Jonathan Style creates some of the finest styles in Reaktor skins and GUI elements. In this post at his blog you’ll find a tutorial on creating your own graphics. He has a lot more material at his site so check it out – simply gorgeous graphics. 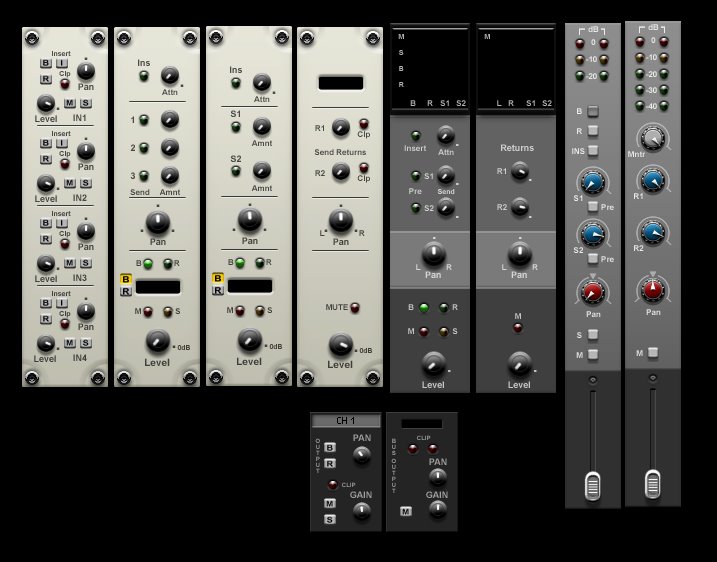 My own approach to Reaktor GUI design is minimal at best – I like to use the built in tools and maybe work with colors a bit, because my stuff is always in a state of rebuilding and flux. But if you have a finished work, laying a nice skin across it can really change the way you view it and work with it.